FiestaYour guide to Friday & Saturday nights out in Liverpool

Nights out in Liverpool are known for being, well, rather legendary really.

Birthplace of The Beatles, Cilla Black and the beloved Michael J. Jackson (of Brookside fame, not singer of the smash hit Bad), the city is famed for flamboyant personalities and a buzzing, lively atmosphere. Liverpool nightlife is particularly monumental… It’s always packed with cool crowds, coifed partygoers and loads of fun things to do on Friday and Saturday nights.

From glitzy clubs and cocktails haunts to cosy pubs and student hangouts – when it comes to going ‘out out’, the ‘Pool really has got every corner covered.

So, if you’re planning a Liverpool night out, then listen carefully. Here’s a list of places you simply can’t afford to miss.

Liverpool night out? Here are the hotspots

Re living Lorenzos uni days in my fave city ever

A fab place to begin your night out is the famous Concert Square. Known as the beating heart of Liverpool’s brilliant nightlife, here you’ll quickly get a feel for what this city is all about – particularly if you’re looking for things to do on a weekend break.

Concert Square and the surrounding areas are home to some of the city’s biggest bars and clubs, including familiar faces like Walkabout and Revolution bars. You’ll also find scouse institution The Krazyhouse on Wood Street, which, if it’s your first night out in Liverpool, you cannot forget – even if it’s just popping in for one (it never is)!

This area is lively seven days (nights!) a week. It’s also popular with a younger crowd, students and large parties, so be warned if you’re going out in Liverpool and looking for a chilled night out – it’s probably not the one.

If you’re looking for an alternative to the more mainstream Concert Square, Seel Street offers a much wider choice of venue, beverage and crowd. It’s another bustling area known for its busy bar-lined streets, only it’s a little less frantic and in-your-face.

You can grab a craft beer in a traditional pub, or a tropical drink in a tiki bar – variety really is the spice of life down Seel Street. You’ll find loads of trendy spots, including The Peacock serving up pizzas and prosecco, chic Salt Dog Slim’s, Moloko, Ink Bar and eclectic party venue, Heebie Jeebies.

These areas, known collectively as Ropewalks, are popular for laid-back students and lots of young professionals. There are also loads of funky places for live music; you’ll find worn leather sofas and relaxed vibes, all making for a rather pleasant, very welcoming atmosphere, wherever you end up.

If you’re looking for a Liverpool night out with that loud, authentic feel, try Matthew Street.

If you’re a Beatles fan, The Cavern Club is definitely worth a visit, with vaulted brick cellars bursting with 1960s memorabilia. The venue also hosts tribute acts day and night, playing some of your favourite Fab Four hits. You can even view The Cavern Club’s listings online before you go.

The rest of the area is filled with traditional pubs playing folk music, with lots of boozy revellers enjoying a sing-song or two. Rubber Soul and Flanagan’s Apple have a great selection of live bands and not a VIP booth or sparkler-filled bottle in sight.

Matthew Street really is a down-to-earth place where you can let your hair down and enjoy your night out in Liverpool. Be warned, however, as it’s a magnet for stag and hen parties. If you’re headed here on a Friday or Saturday night out, approach with caution – expect feather boas and some pretty inflated drink prices.

What’s this? Another delectable bar on Castle Street, yep! @sanctuarybarliverpool Is a niche bar, tap and craft beer emporium in the heart of the commercial district! Nice work from @dv8designs once again ?? #liverpoolbars #liverpoolcastlestreet #castlestreetliverpool #beer #craftbeer #sanctuarytap

If you’re coming to eat and drink your way around the city, Liverpool’s food quarter is a good place to start.

Situated a stone’s throw from the waterfront, this big wide street is a great place to grab a break from shopping or stop off for drinks and something to eat on a Friday or Saturday night out in Liverpool.

Intimate independents like Italian specialists Pasta Cosa, or the long-standing Olive serve up some tasty bites – or you can grab a coffee at popular McGuffie’s. The quaint, traditional shop front dates back to 1910 and offers a cool place to sit and people-watch on a sunny evening.

When it comes to Liverpool nights out, Albert Dock has really started to come into its own. Not only is it a stunningly beautiful historic landmark, but it’s one that’s filled with funky bars, amazing drinks offers and always a cool crowd.

Here you can enjoy cocktails by the glitzy waterside or dance the night away to some of the city’s top DJs at a number of late-night venues.

The sleek and glam PANAM is always popular, as are our Latin-inspired, cocktail-fuelled fiestas here at Revolución de Cuba. We bring the party ‘til late – so if it’s drinks and dancing you’re looking for, it’s definitely time to hit the Dock.

This area is of Liverpool is generally considered a trendy and upmarket spot, so dress to impress. When day turns to night, it really is a great party venue. The bars are busy, with good music and extensive drinks choices. Amid the twinkling lights of the Dock, it’s always a night to remember.

Planning an LGBT night out in Liverpool?

These days, the city’s LGBT scene holds its own as a growing part of the Liverpool’s nightlife. Stanley Street is the buzzing, beating heart of the gay quarter, with plenty of great places to drink and dance until dawn.

Party at GBar, Heaven, newly refurbished The Jacaranda and cabaret bar Superstar Boudoir, which is packed most weekends playing funky house and electro.

All these spots are a huge hit with Liverpool’s party-loving LGBT visitors, but if you’re looking for something a little quieter? Try The Poste House (with its quirky upstairs disco) or the iconic Lisbon Bar on Victoria Street, which serves up decent burgers under an incredibly ornate ceiling.

If you fancy some hardcore late-night clubbing, head to Liverpool’s popular after-hours party strip (still gay-friendly) Eberle Street. Here you’ll find superclub Garlands, open ‘til 4am, or Passion, which on Friday and Saturday nights stays pumpin’ until 7am. This is your area if you’re looking for a no-holds-barred place to party!

Remember, door policies in this area can be strict, so don’t be surprised if you are turned away as a large group or for wearing the wrong trainers.

Should I make it a Friday or a Saturday night in Liverpool?

Now that part is really up to you. You’ll find loads to do on a Liverpool Friday night, but as the city is home to so many great bars and venues, it’s a good idea to make it a weekend-long trip and head out on the Saturday night in Liverpool too.

Bit worried about your liver? Don’t be! There are loads of things to do in the city that don’t involve alcohol. We’ve listed a few below that’ll keep you busy, but without the need for all that booze!

Not a big drinker?

Don’t worry, there’s still loads of (sober) things to do on a night out in Liverpool.

Since Liverpool’s Echo Arena was built back in 2008, they’ve welcomed worldwide superstar Beyoncé, The MOBO Awards and even the tennis Davis Cup.

If indie is more your bag, head back up to Seel Street and hit The Arts Club. This historic venue was built back in the 1800s, and its reputation for the cool and quirky attracts all sorts of hip live acts. Top tip? Check out Arts Club listings and book your tickets as early as possible. You’ll save yourself a small fortune!

Liverpool is renowned for having a rich comedic history; from the gleaming-white-toothed John Bishop, to the teeny tiny, very playful Arthur Askey. Scousers are famed for their sharp wit, so why not see for yourself?

There are loads of comedy clubs around, including Albert Dock’s Comedy Central Club (which is open Thursday, Friday and Saturday nights) or Laughterhouse Comedy, with its two venues on Matthew Street and at The Slaughter House.

Make the most of Merseyside’s museums

The sun is out and we've got that #FridayFeeling! We're open 10.00-17.00 every day with lots to see and do. Enjoy works by #RoyLichtenstein, #CindySherman, #GraysonPerry and more for #free! Plus book tickets to #JohnPiper, which closes 18 March (book via our website, link in bio). #TateLiverpool

Immerse yourself in Liverpool’s cultural heritage, and see some of the masterpieces Merseyside has to offer. There’s the Tate Liverpool, the Walker Art Gallery and the independent Open Eye Gallery, just to name a few.

More of a daytime activity than a Liverpool night out, but there are so many museums and art galleries in Liverpool… we couldn’t possibly leave them out. Explore, soak up the culture and enjoy. You’d be surprised at how quickly the hours slip by!

Liverpool is blessed with excellent rail links. Did you know you can get from Central London to Liverpool Lime Street in just two hours and 13 mins? It’s also only 54 minutes (give or take!) from Manchester. Transpennine Express, Northern Rail and London Midland Trains also run routes into Liverpool. These come from all major UK cities. Ideal, really!

If you’re the designated driver, you’ll be pleased to hear that Liverpool is very well-connected to the North West’s main motorways. From the M6 just take the M62, M58 or M56 direct to your destination! When you get here, there’s ample cheap parking too. You’ll find the cheapest along Gasgoyne St. near the Vauxhall area.

When you get here, travelling around the city is easy. There are loads of cheap buses, always a taxi when you need it and trains are easy to find too. The local rail provider is Merseyrail, and fortunately, it’s fast and efficient. It’s also good if you’re on a bit of a budget.

Enjoy your Liverpool night out!

Wherever you go, whatever you do, you’re sure to have a blast when you visit this brilliant city. If you fancy a taste of Cuba, pop in and see us. We’ll have a fresh ‘n’ fruity cocktail waiting for you. Mmmm, muy delicioso!

Revolución de Cuba Liverpool brings the Latin-inspired party ‘til late on Friday and Saturday nights. So, if your Liverpool night out is already planned, grab your dancing shoes and your dearest amigos… ‘Cause it’s game on! 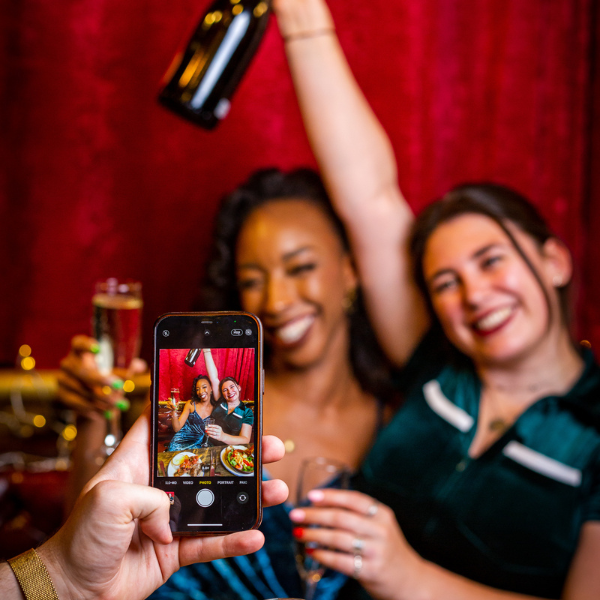 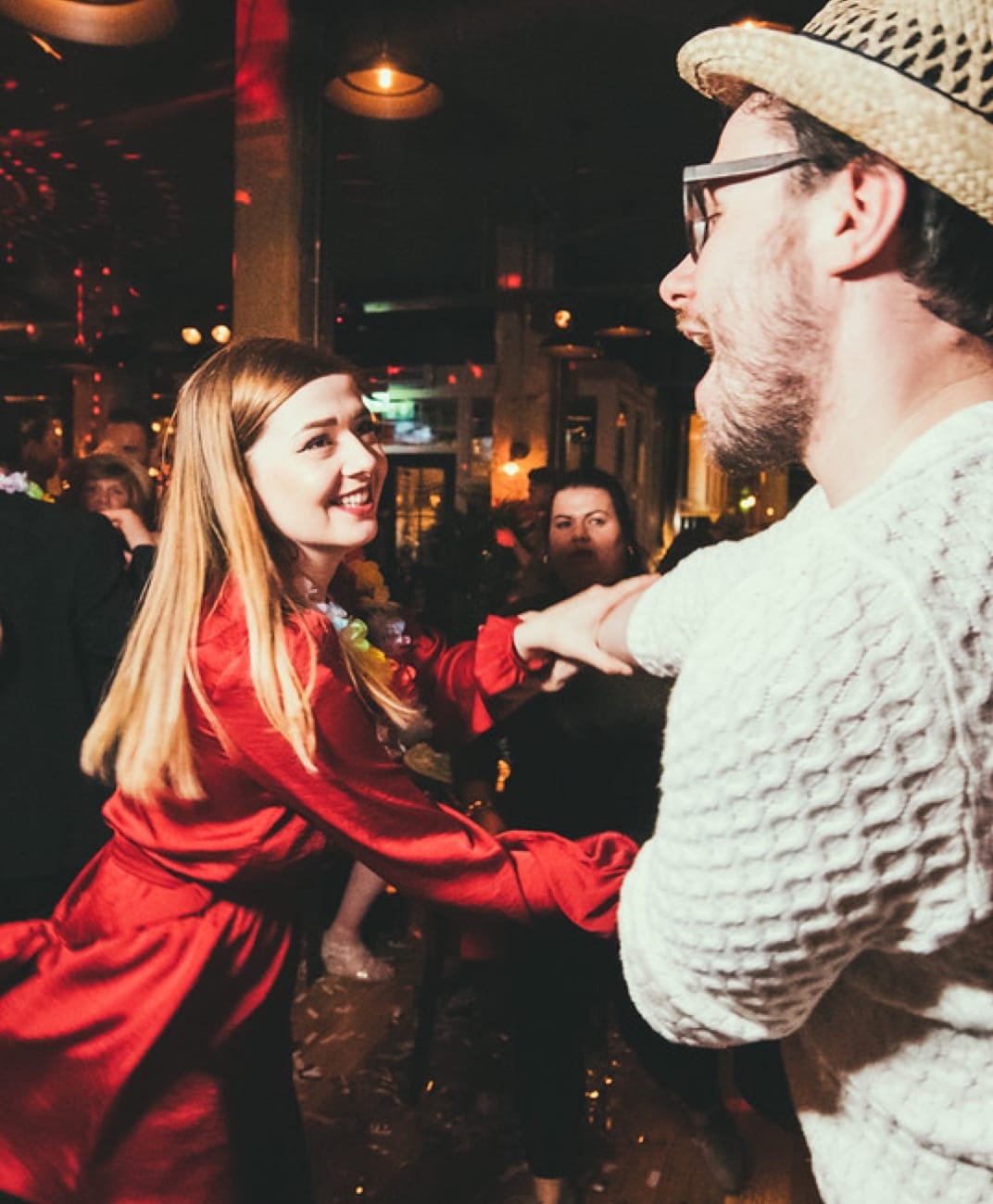 Here’s why you need some Salsa in your life

Are you ready to dance?
Read More 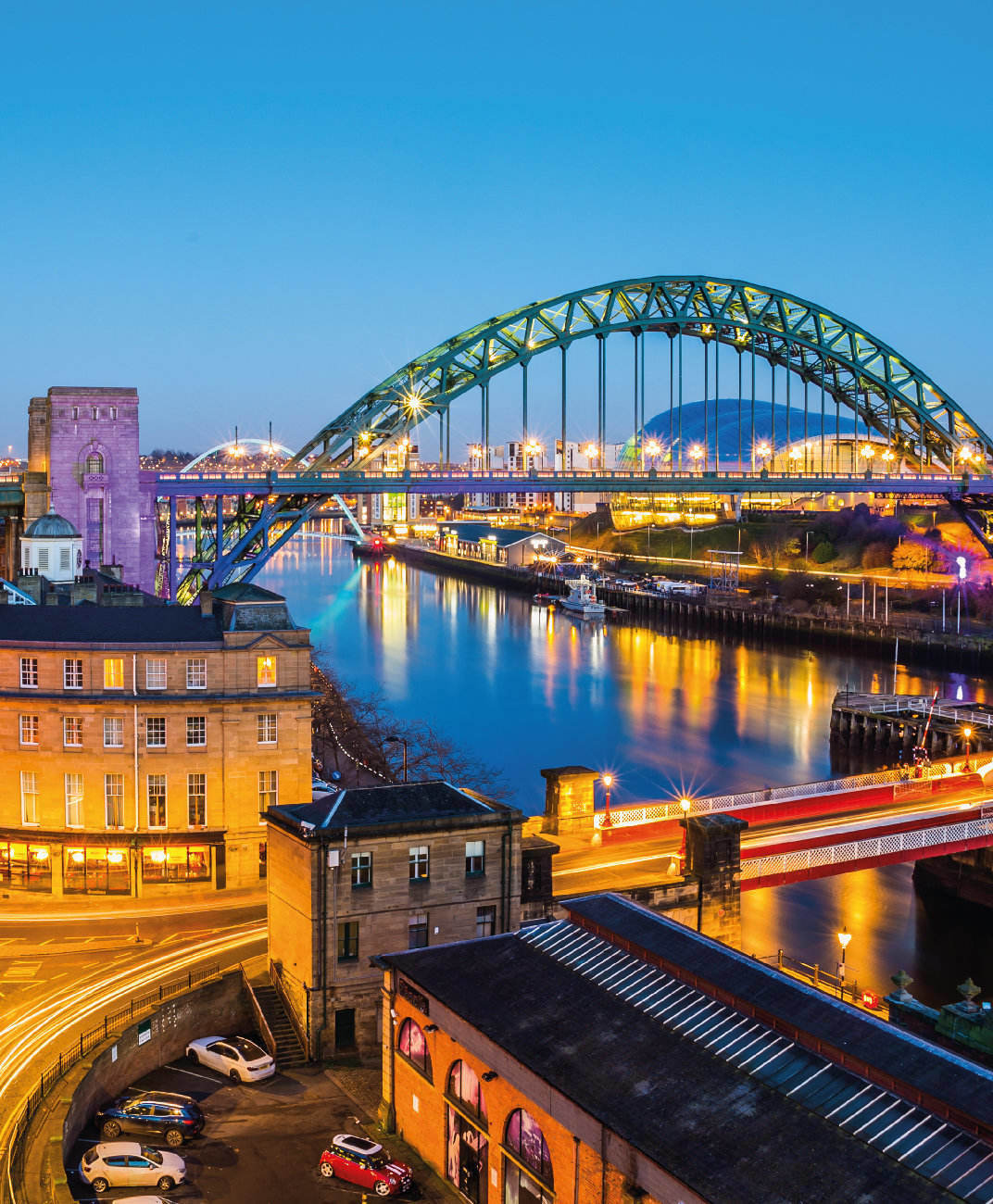 Our guide to a top Newcastle night out

It's the party capital of the North for a reason.
Read More