‘What on earth is Cachaça and why do I want to know more?’ We hear you, but we’re pretty certain this blog post will soon change your mind. Mainly because it has a very close relation to our favourite Cuban spirit…

1.) Cachaça & Rum are both made from the same product.

They’re both made from the South American crop, sugarcane. However Cachaça is a clear distilled spirit that, by law, can only be produced in Brazil.

2.) But they look, and taste, completely different!

Cachaça is a sweet, fruity clear liquor whereas Rum has a spicier, caramelised flavour.

It’s the main ingredient of the insanely popular Caipirinha cocktail!

4.) Caipirinha’s have a specific criteria in Brazil.

They have a ‘Caipirinha Law’ where the popular cocktail can only be labelled a ‘Caipirinha’ if made with Cachaça, lime and sugar. If you’re served one with strawberries, passionfruit or something similar- it’s not the real deal!

5.) Despite their distinct differences…

Cachaça is often considered the ‘Rum’ of Brazil.

6.) 30% of their production is from small-batch distillers.

Cachaça is distilled throughout Brazil from huge industrial outfits right down to simple home distilleries.

7.) There’s more than one type of Cachaça.

8.) Although Rum & Cachaça are from the same origin, they’re produced in completely different ways.

Rum is usually made from molasses, a cooked by-product of sugar production, while Cachaça is made from fresh sugarcane juice which is fermented and distilled.

It was first made by slaves who worked in sugarcane mills in the early 1500s, shortly after the Portuguese introduced cane to the country.

10.) Like most spirits, Cachaça is aged in barrels but it’s not for flavour…

The barrels used are so old that the spirit is able to rest without a change in flavour- this process is solely used to reduce the acidity of the Cachaça.

So now that you know the ins and outs of Brazil’s favourite spirit, why not pay us a visit and try our Caipirinha cocktail? Before you ask, we can confirm that it definitely passes the Brazilian ‘Caipirinha Law’! We make it the authentic way to really get a taste of South America. 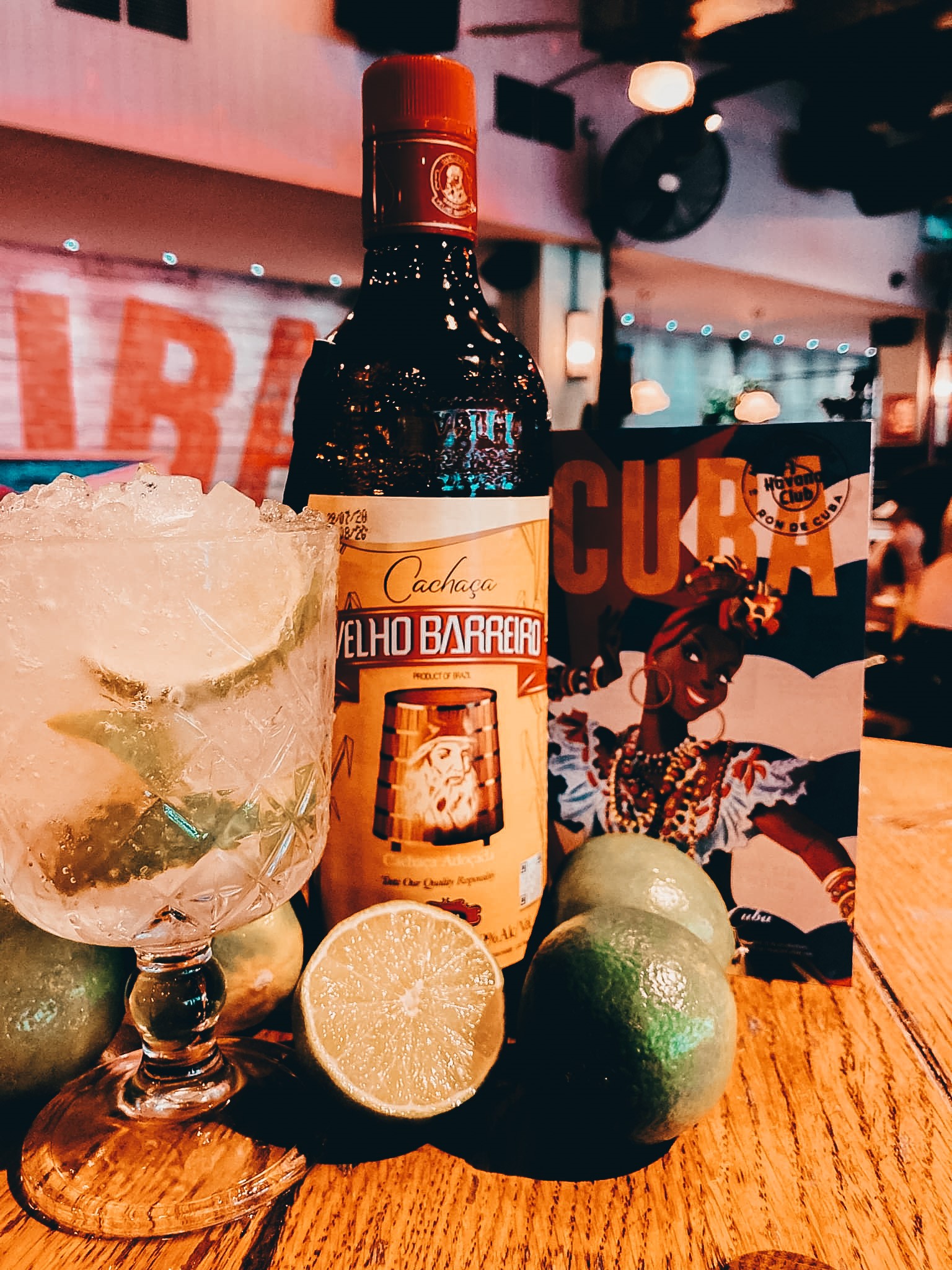 A totally tropical story of how the infamous Mai Tai was created.
Read more
Cocktails

The REAL story behind Havana Club