FoodFood in Cuba: a celebration

Food has been an intrinsic part of human culture since, well, since forever. Sharing it brings people closer. Mealtimes give us routine.

And varied, yes. But nos trae la vida – it brings us life.

Food forms our identity. Our personality. The recipes we receive and pass on through our families; the flavours, the spices, the quirks, the way we share, they are all an important part of who we are.

Look around the world.

India is renowned for exotic spices in rich, aromatic curries. Italy for hearty pasta, lasagne and pizza, all perfected over generations, through practice and familiarity.

Argentina is famed for incredible steak, where cattle are reared with care, free to roam on grassy plains.

Traditional cuisine speaks volumes about a country’s history, culture, customs and traditions. And it’s no different on the island of Cuba. 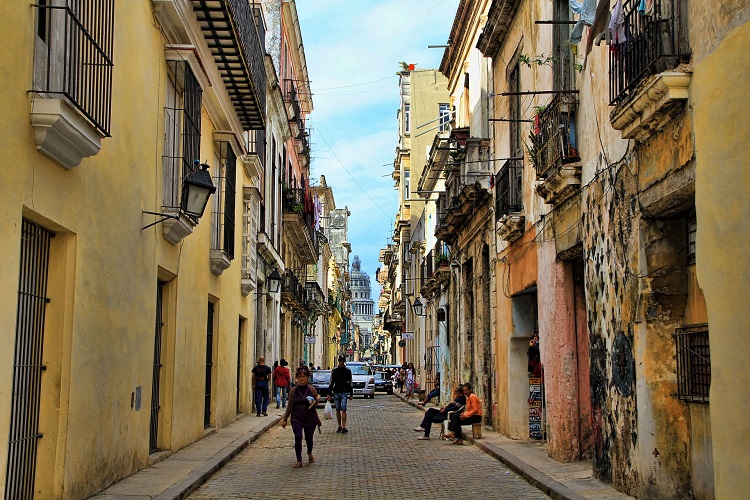 This island is a place for celebrating.

A cuisine that can’t be defined.

A Caribbean island. A Spanish colony. An American territory.

With such a turbulent and tempestuous past, it’s no wonder Cuban cuisine is a rich fusion of different styles; inspired by America, Spain, the Caribbean and large parts of Africa.

It’s these fierce, disorderly and bold flavours that come together, creating a cuisine that sings and celebrates the country’s diversity, colour and history.

Take Ropa Vieja; the national dish of Cuba. From the Iberian coast of Spain, to the shores of Cuba following the Spanish conquest of the island, to the locals making it their own by adding South American bell peppers and raw garlic, this is hundreds of years worth of historic influence fused into one deliciously humble dish. A beef stew.

And a big part of what Cuban cuisine is all about.

It may be without clear definition, but Cuban cuisine delights all the senses.

Cultural clashes and tumultuous histories could result in a national menu that is confused and afraid of itself, however in Cuba that’s far from the case.

In fact, the weathered-yet-bright optimism of the Cuban people shines through in every dish.

Years of national hardship do nothing to inhibit this ardent nation’s passion for cooking good food.

Where basic and limited ingredients are sourced from a cart in a filthy street. Not quite fresh but brown and bruised. Beautiful flavours to be carefully coaxed from the flesh into something that brings a smile to your face.

The soul. The sheer inventiveness. You can taste it all.

Even in something like yuca con mojo, made from boiled yucca root mashed with olive oil, garlic and lime.

Again, the origin of this dish is disputed and recipes differ from place to place. But none of that really matters.

Besides, does it really get better than diving into a plate of yuca con mojo at a small privately run restaurant – a place that’s popped up in the face of political adversity, in somebody’s threadbare and ramshackle living room?

If anything, this modest dish is proof that when it comes to cooking, simplicity often triumphs.

It’s the authenticity. The ambience. The old wicker chairs, faded tablecloths and squeaking ceiling fans. The crumbled exterior and the cracks in the streets. It’s not fancy, but when you dine like a local the food won’t disappoint.

And if there’s one truth about yuca con mojo, it’s that it does what Cuban cuisine does best.

It makes something that tastes beautiful, from something so very simple. 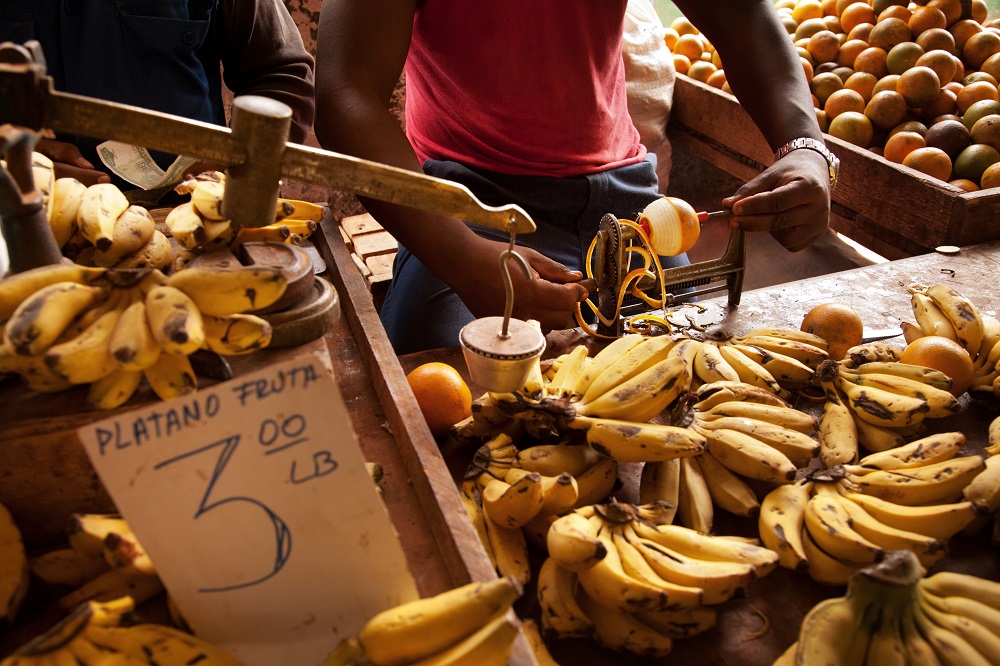 But it’s not just about the taste…

We know that it’s the whole experience that counts. It’s all the little details, the hidden touches, the sights, sounds and smells that all culminate into an experience you’ll never forget.

It’s the way Cuban cuisine revolves around busy and vibrant markets. The people chatting, laughing, bartering for fruit and vegetables at stalls while children play at the side of the road and tourists navigate their way through those crowded streets.

There’s so much interaction, energy, fluidity and life. This island is a place for celebrating. And there’s no better way to celebrate than with the cuisine.

While it’s almost impossible to take it all in, we don’t blame you for trying.

Can you go meat-free for a week?

Food in Cuba: a celebration

The 10 best restaurants in Havana

You don't go to Cuba for the food... Until now.
Read more
Food

How to wrap the perfect burrito

We're pros when it comes to this sort of thing.
Read more
Food

Check out our incredible food specials!

Are you ready for a taste of our Summer Escapes?
Read more