Shaped by the island’s history, people, geography, cuisine and climate, rum is the lifeblood of Cuba.

An essential part of this proud nation’s culture, no rum represents Cuba better than the iconic Havana Club. Produced by Maestros Roneros using only traditional Cuban methods, enjoyed by cantineros and rum drinkers around the world. Sipped slowly to the rhythm of the best Cuban music, Havana Club embodies the spirit of Cuba.

Esteemed and true Masters of Craft

The values of Havana Club are passed down by the Maestros del Ron Cubano.

For 15 long years, the aspiring Maestro undergoes rigorous training. Under the supervision of a senior Maestro del Ron Cubano, he learns to select the best molasses, supervise their fermentation and distillation, pick the best casks to age the distillates and blend them to obtain the finest rums. A Maestro del Ron Cubano is a true master of his craft.

The rum that conquered the world

Thanks to prohibition in the States, swathes of American tourists were flocking to Havana in huge numbers, seeking hedonism in warmer climes. The local Cantineros developed their own cocktail style, turning to Cuban rums such as Havana Club to create classics like the Daiquiri, the Cuba Libre and the Mojito. The island’s reputation grew – and soon, this iconic rum, the emblem of this party nation, was associated with escapism all over the world.

To this day, Cuban rum cocktails remain some of the world’s favourite tipples. 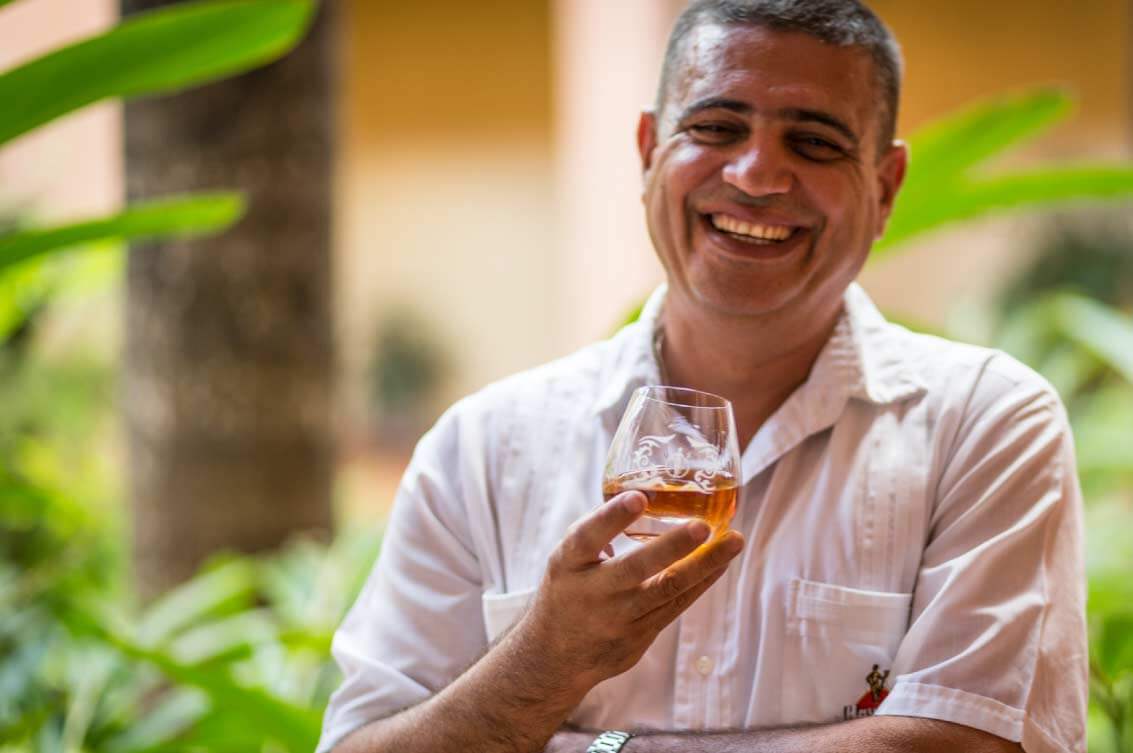 And now…HAVANA CLUB HAS COME HOME

In the 1970s, Cuba selected Havana Club to officially represent the nation.

The logo itself symbolises the sun that shines down on the island, making its rum so rich, and the warmth of the Cuban people.

So now, it is with great delight that we can introduce Havana Club rum as our new house pour. A momentous occasion for discerning rum drinkers, as the original Cuban rum arrives at the UK’s favourite Cuban-inspired cocktail bar and restaurant.

We invite you to indulge. It is the Cuban way, after all.

Indulge in the world of Havana Club rum in our brand new Drinks menu. Available in bars now.